Going to games, bouts, with my team. Tournaments, mostly abroad. I’ve travelled to numerous places, cities and countries in the past 7 years. THE Derby Shop also takes me places, a little less far usually, but at least as hectic.

This travelling does not come natural to me, I’m one of those people that likes the familiar, home, places I’ve been before. Don’t get me wrong, I love discovering new places, meeting new faces but at the same time there’s all these new impressions, different sounds, smells, it’s just a lot of impressions, it’s very intense!

So when I went to Dallas, Texas for the world cup in December 2014, I brought Engelbert. 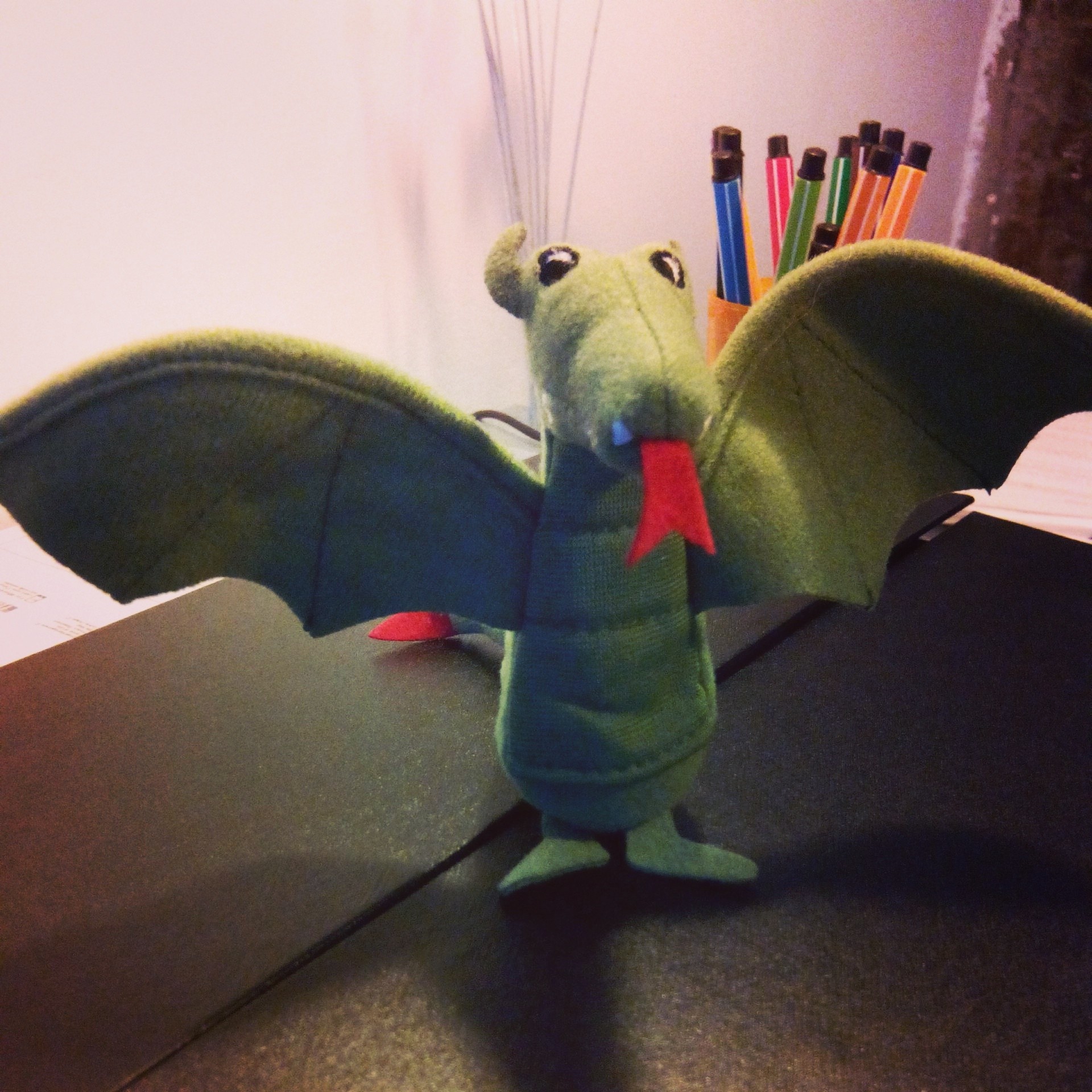 Engelbert’s parents first wanted to name her Engel (angle), but he turned out to be a boy, so they named him Bert. But as things go in life, not everything ends up the way it starts, and that’s fine. So now he’s called Engelbert.

Engelbert is a dragon. He’s TDS green and has a lisp. A very distinguishable lisp as you can see.

He travelled with me to the US. (Heya Abs!) 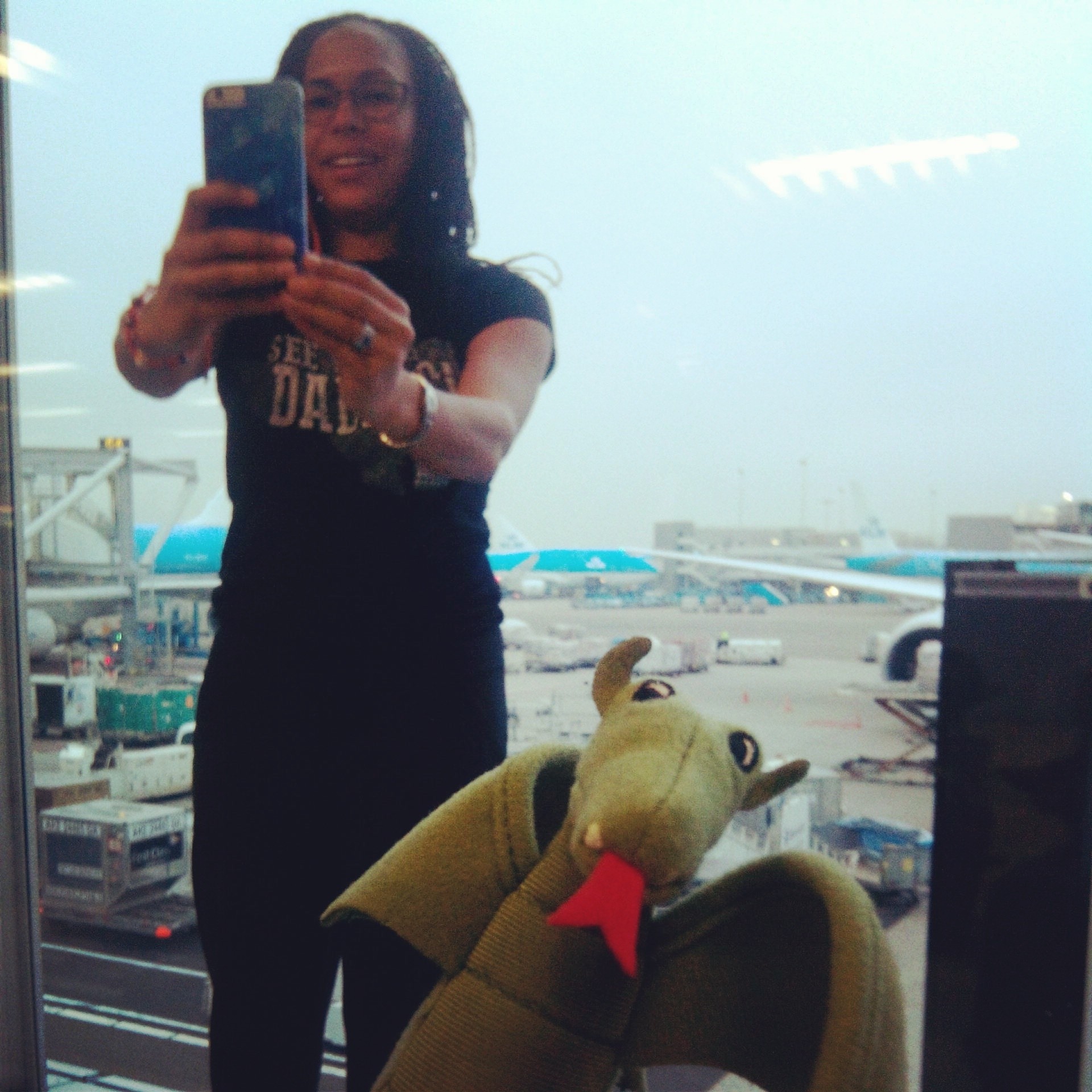 He made new friends. (Thanks Walter from Roll Line!) 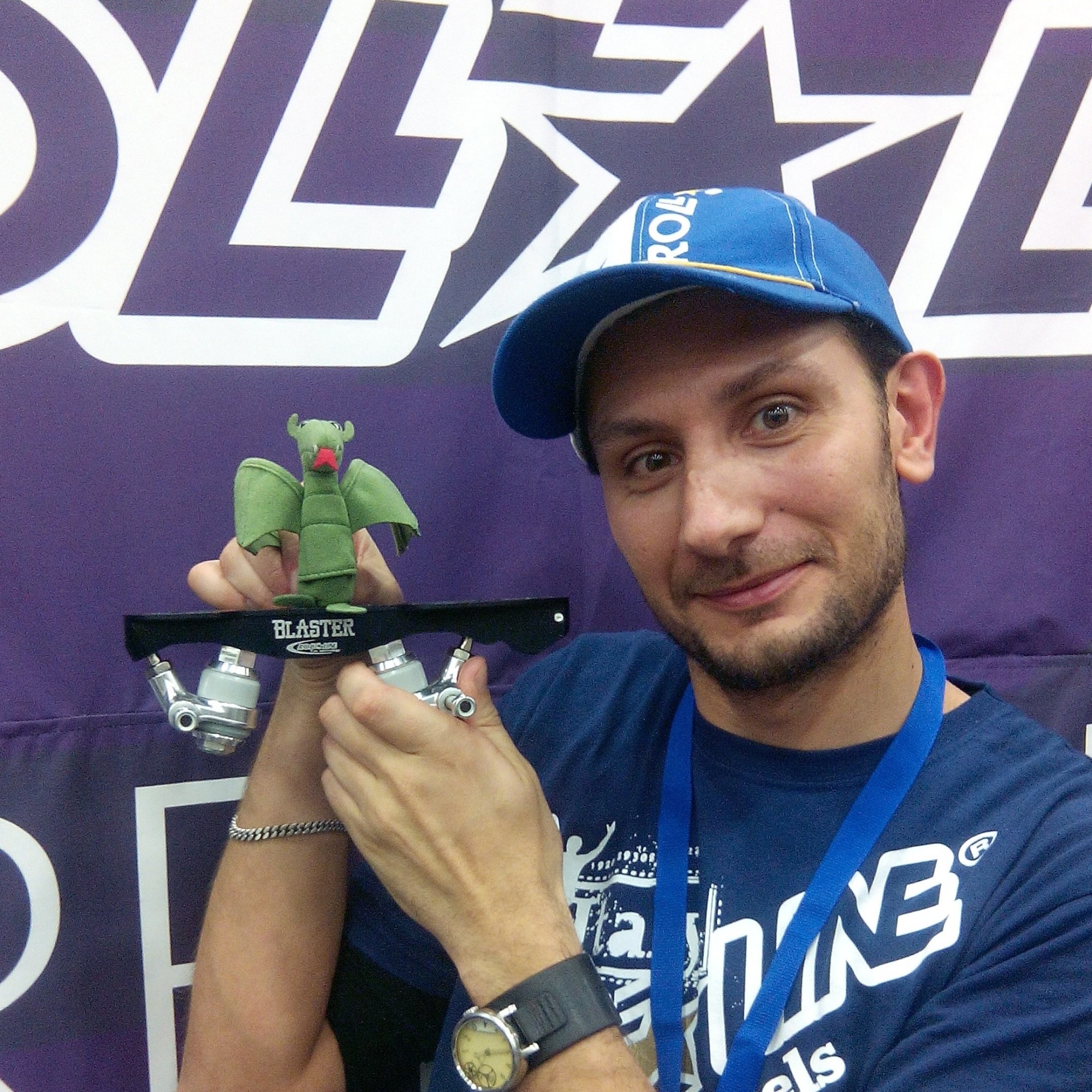 And watched the finals with me. Damn, that was great! 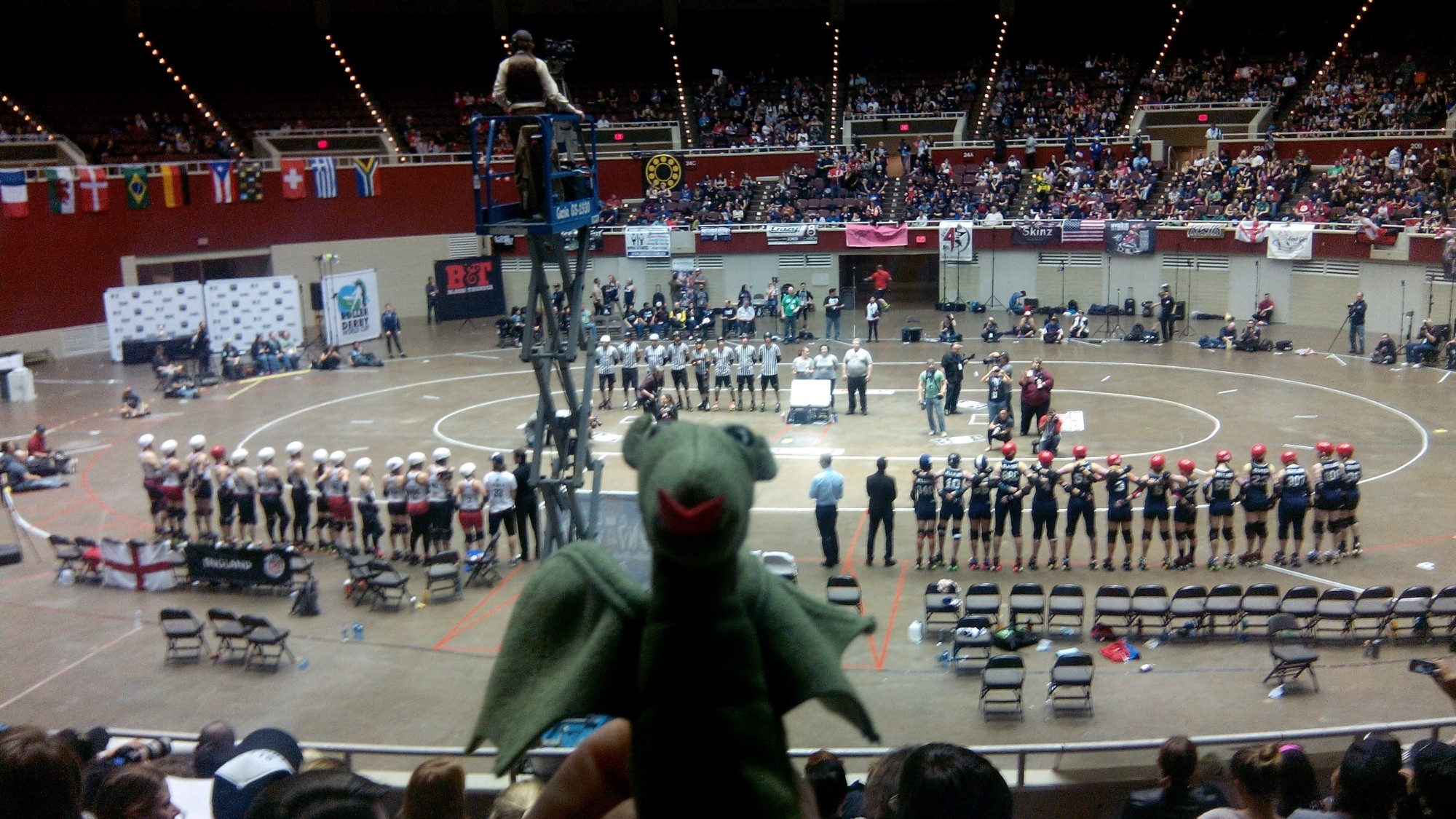 At home we go skating sometimes. 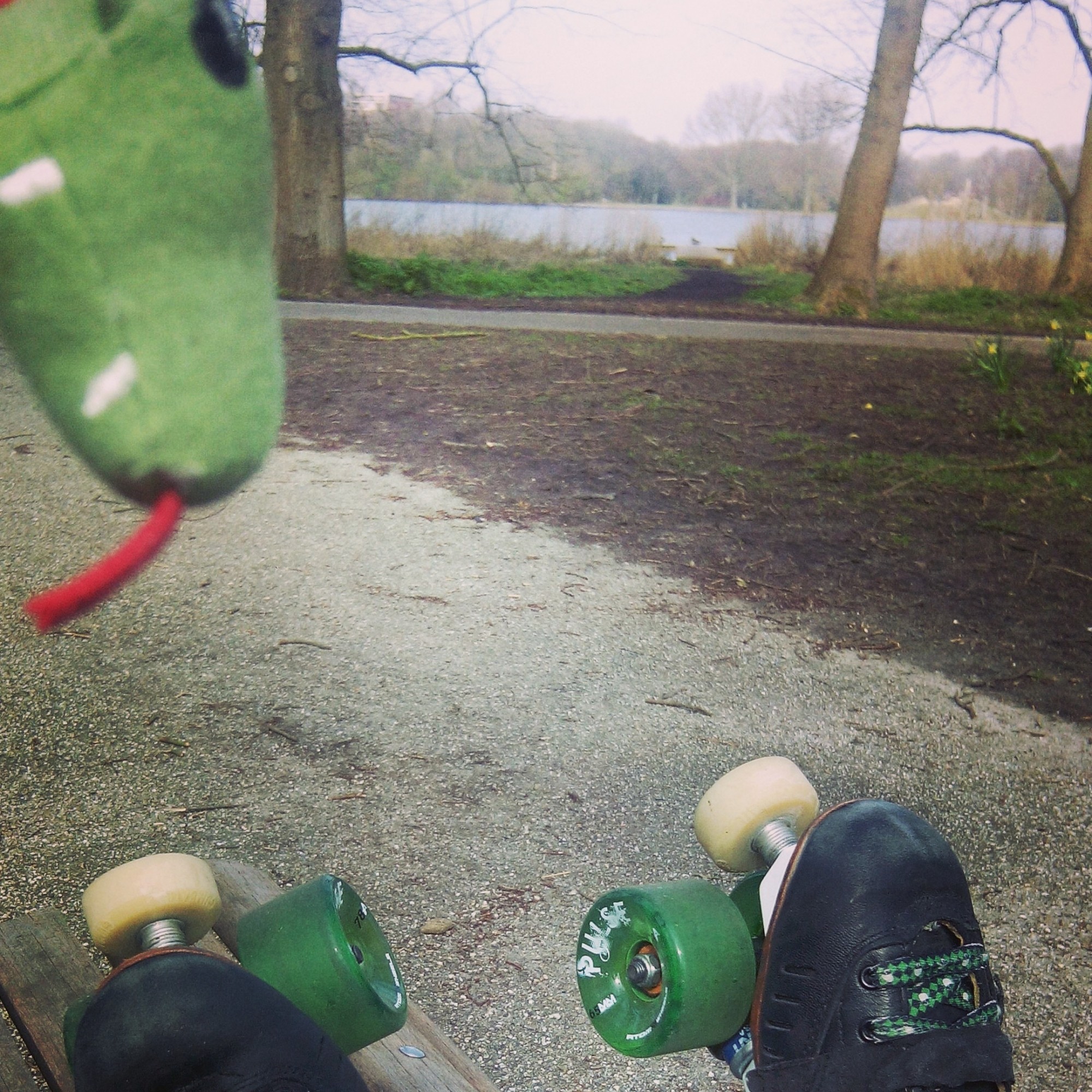 Or he helps out mounting skates. 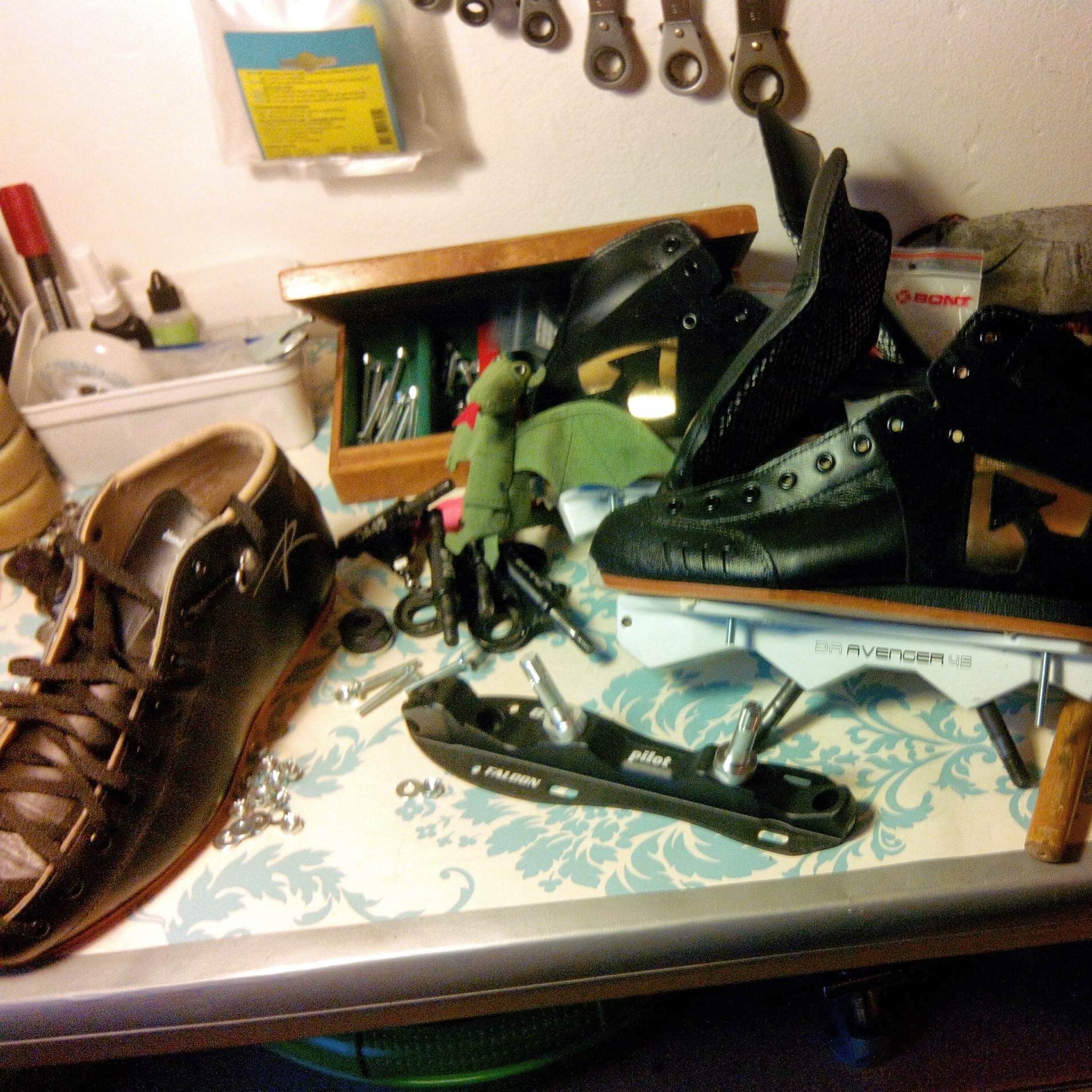 He is a very versatile dragon. And a real anglebert…. euhh Engelbert. 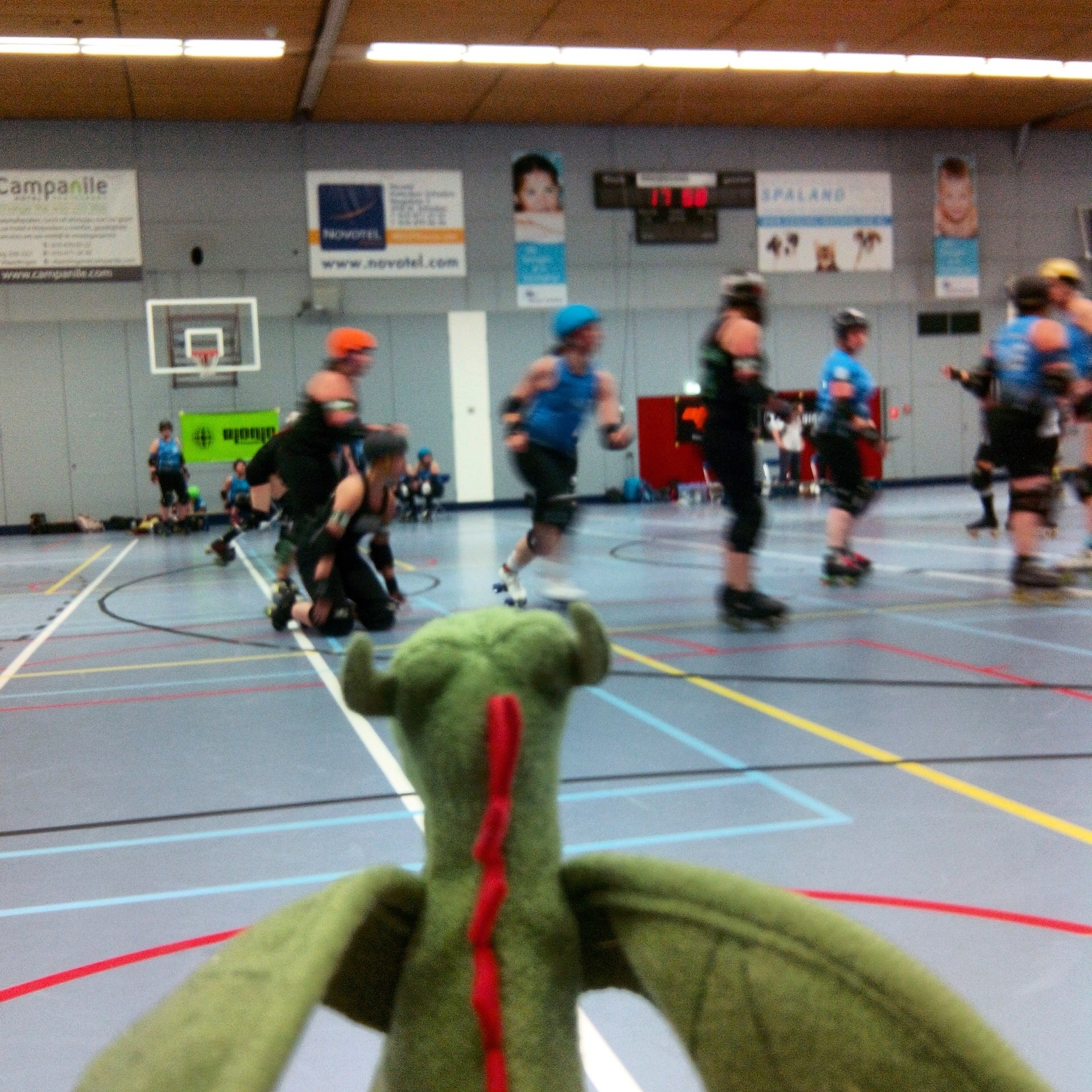 Something else I noticed about names…

Birthday parties I attend nowadays, are overwhelmingly derby populated. That’s what happens when you’ve been playing this sport for so many years. I do have non-derby friends, and they provide me with the much needed, totally non-derby-birthdays.

A couple of weeks ago however, I was invited for a derby-birthday. I expected mostly derby folk. Walking into the pub I noticed two or three derby faces, but also many non-derby people. I was pleasantly surprised and settled in with my first beer of that evening. Beer number two and I found myself conversing with one of these rare folk that don’t shout ‘pack is here!’ or discuss the latest cut-track penalty rules for hours on end.

At some point during this conversation, I was asked: “So, and how do -you- know Marijke?”

I looked puzzled…. After a short silence I said: “Oh Party! …. Derby.” I got an almost as puzzled look in return.