As I'm writing this, I'm on my way to the World Cup in Manchester. Something I'd never expected myself as I was never into sports before Roller Derby. But by now I've been doing this for 6+ years already and I'm privileged to be able to say it's my 2nd World Cup. 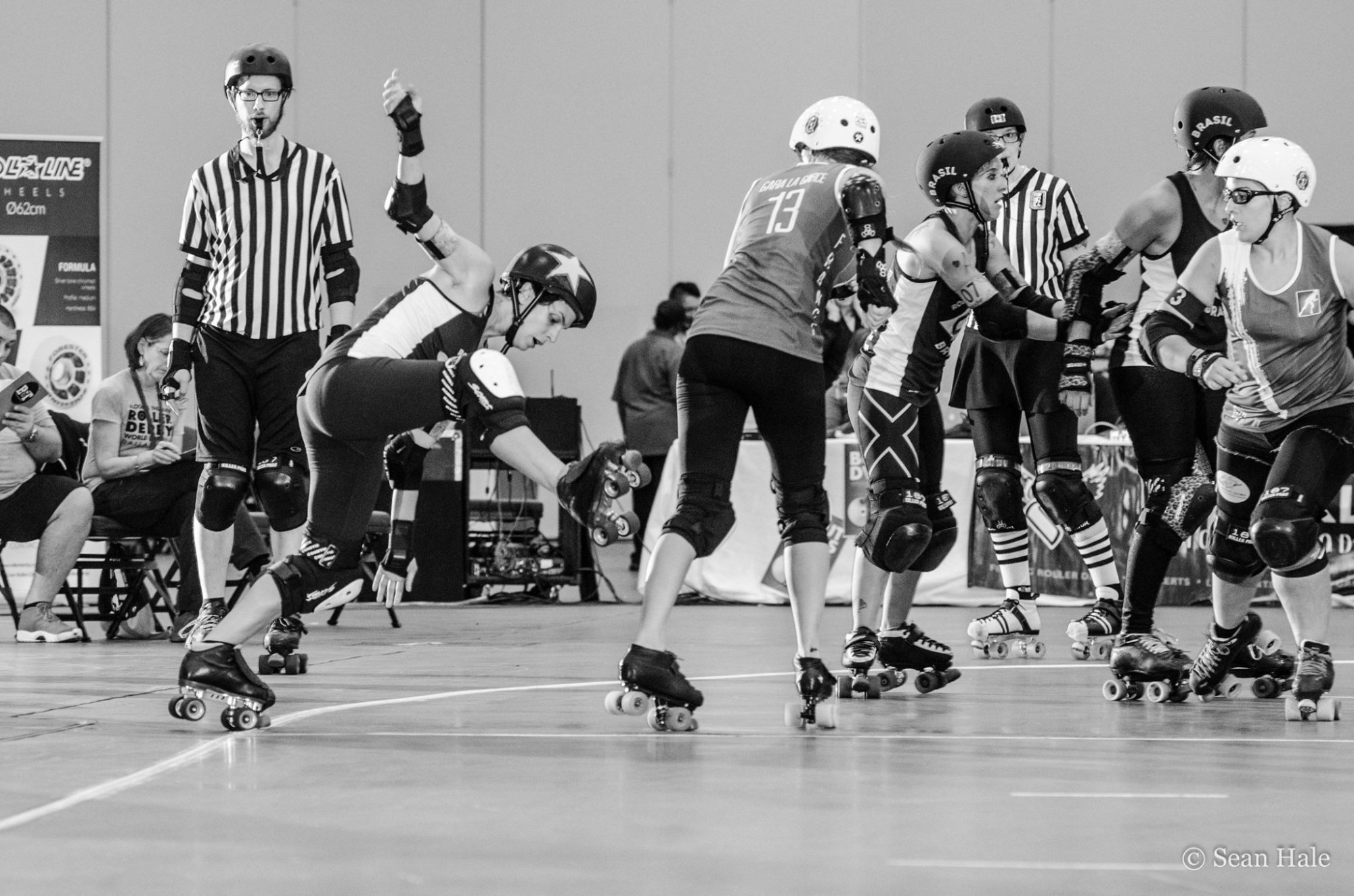 For us officials (both skating and non-skating) it all starts with applying to officiate. You fill a form with questions about your experience and favored positions (mind, gutter, out!) as well as sending a document with the entire history of games you've officiated and contact-information of other officials to give a reference. Because I've been around for a little while, I get to be a reference every now and then. In the early stages of this World Cup though, I had a special assignment. The tournament head officials try to staff officials from all countries participating in the event, but some of them have no reference contacts to give due to their location and how new the sport is still. It turned out I was gonna do three games with such a ref, right after the deadline for references to give a recommendation. I was going to Warsaw, Poland, where Kate Mess is a ref who also applied.

I'm happy to report that she got staffed after I wrote a reference for her!

I wasn't so sure I was gonna get staffed myself, as I've been to the last World Cup and a lot of people were gonna apply from Europe this time around. But a few weeks later I received the much anticipated message: "Keep it to yourself for now, but you're in if you can confirm no new plans have come in between!" I've struggled with officials selection for local events, I can't imagine what a nightmare it must be for an event like this!

But I'm in! I'm in! It's July at this point and I can make plans to go to Manchester for the first time in my life. I know about half of my crew and the other half I'm looking forward to meet and work with. It's a part of officiating that I love, I'm in a team, but it's never the same team as last event. So we exchange info between us about where we're from and what we do in terms of derby. We also talk rules and procedures, there's a couple of changes to what we normally do because of different game lengths and language barriers. Even within our (multi-continental) crew there are slight differences in non-standardized practices of ref-to-ref communication that we wanna straighten out. But the gist of our Crew Head's message is "do what you're used to doing, trust each other, communicate, and have non-biased fun".

With that in mind I'm about to board my flight to Manchester.