I’m so excited! The Roller Derby World Cup in Manchester is the second largest roller derby event there is, and it’s by far the largest I’ve ever attended! I’m a Non-Skating Official and officials loooove stats, so let’s start with some impressive numbers! Nearly 200 officials from 32 countries, making up 16 crews, will come together to officiate 92 games on 4 tracks over 4 days in which almost 40 countries will skate for the win. Moreover, there will be a Juniors’ expo game and an Emerging Nations expo game. 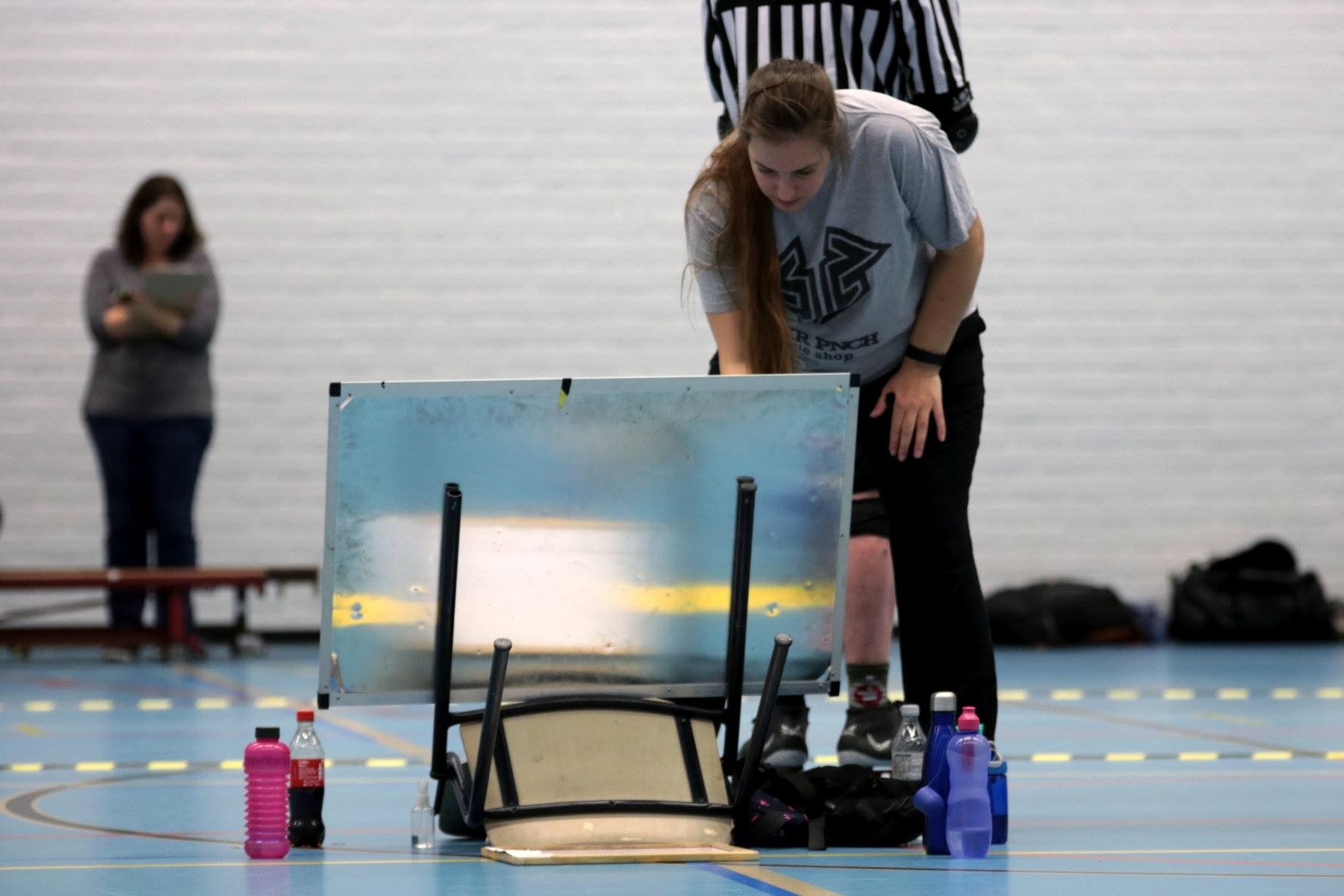 Just over two years ago I officiated my first games. Having a partner who’d been officiating for years, I wanted to try this thing he was so enthusiastic about - even though I never really liked sports. And sure enough, he gave me the derby bug! Little did I know that from that moment on, I’d be hooked. I’ve travelled to eight different countries to officiate 135 games. And now, two years later, I’ll be officiating at the Roller Derby World Cup. Who would have thought?!

I feel so honoured to be part of the officials’ team for this World Cup. Being an official is something really special, but I struggle to put into words exactly why that is. It’s something you’ve got to experience to know what it’s really like and why it’s so rewarding and so much fun! 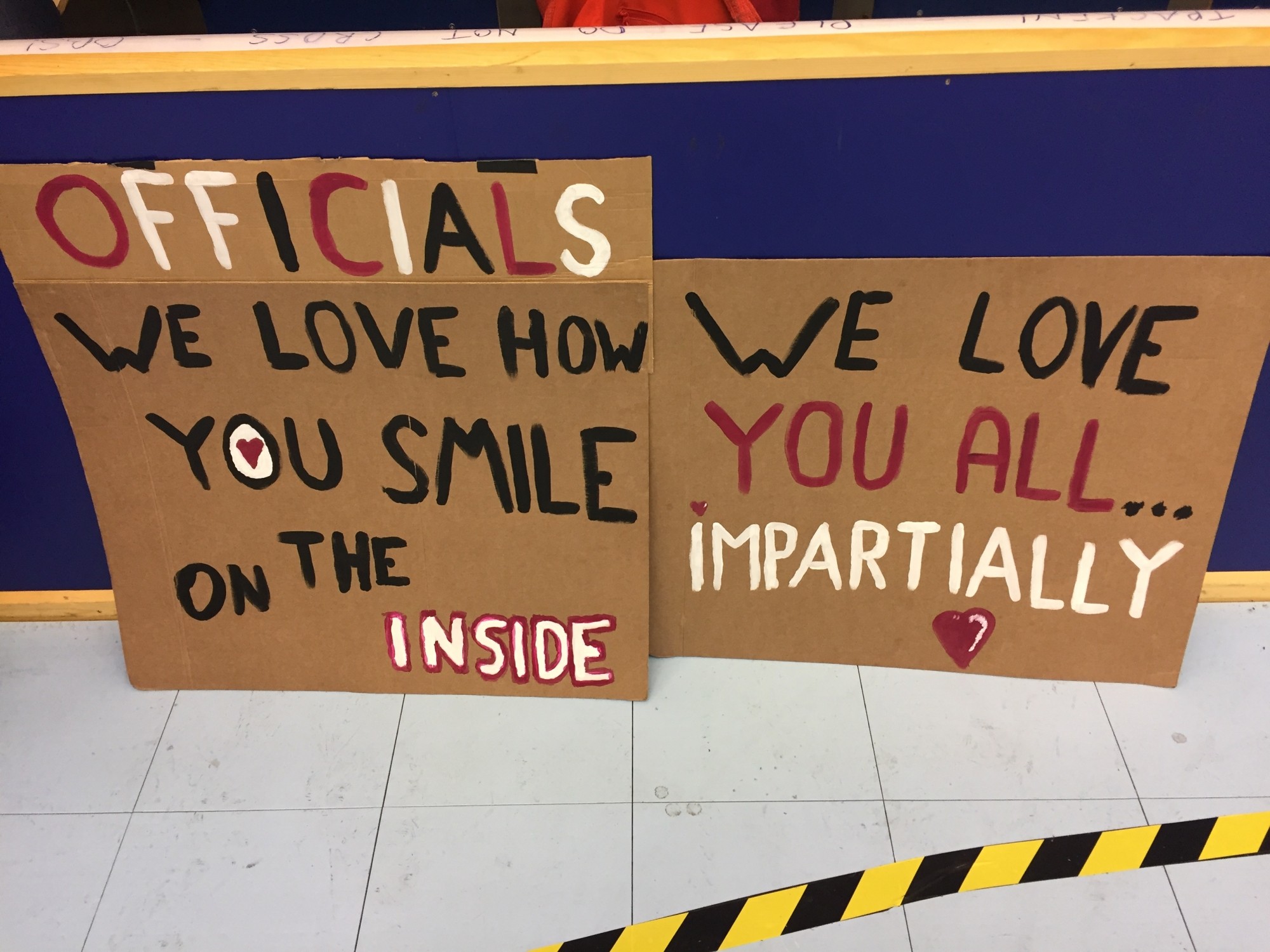 Officiating roller derby for me is about facilitating a sport that’s so empowering to so many people. The little activist in me loves that aspect! The officials’ team is often called “Team No-Fun” - and yes, we’re serious, but we also have so much fun :-) Making sure we’ve got all the numbers and codes right, that all matches up, that the game flows smoothly, that we solve issues quickly etc… Being part of such a well-oiled machine is a great feeling!

At international tournaments this feeling is even stronger. We come together from so many different countries, each with our own experiences. After only a game or two, a team of people who’ve often never met before, manage to work SO well together. It’s a very special feeling to be part of a group of people that work so hard to achieve this time and time again!

In the run up to this World Cup, officials discuss what snacks and treats people can bring from their respective countries. There’s even a special Facebook group for it! There’s lots of negotiating going on: “If I bring this, can you then please bring that?” People are going to bring board and card games, there’s a special officials’ playlist, and… to keep ourselves fresh and well-rested, plans are being made for pillow forts in the Officials’ Room!

Only a few more nights, and then it’s going to happen! 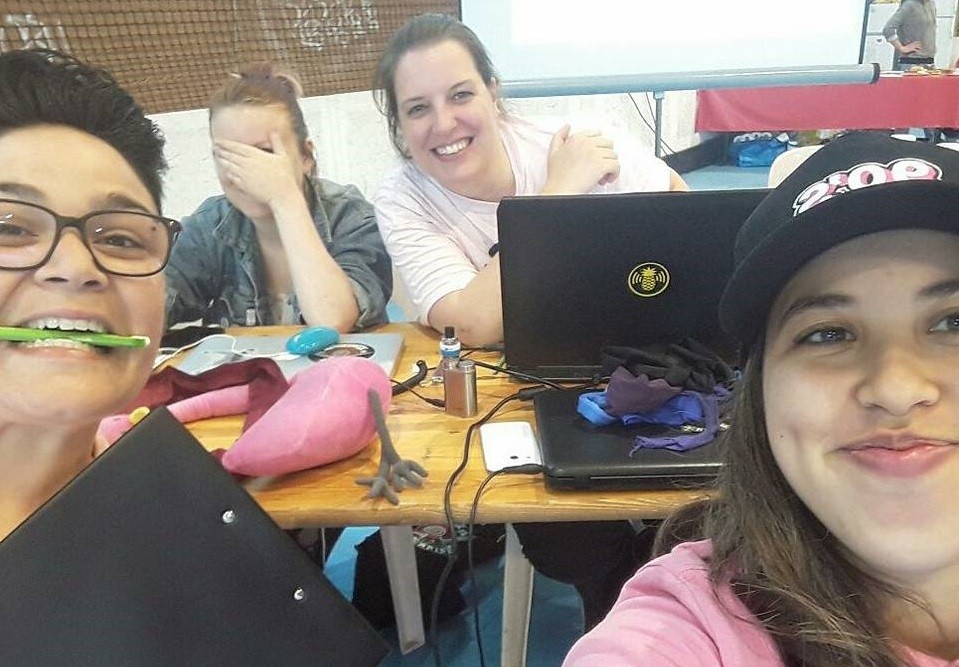