In 2011, I watched the first ever Roller Derby World Cup held in Toronto at a team-mate’s place in Amsterdam and we were so excited when we saw people we knew on screen. In 2014, we all went down the pub in Amsterdam to watch the second Roller Derby World Cup held in Dallas with friends and family of Team Netherlands, playing for the first time. Back then, half of Team Netherlands was made up of my team-mates from Amsterdam Roller Derby. For the upcoming Roller Derby World Cup in Manchester, I’ll be one of the few dozen announcers from around the world who will be the soundtrack to the event, made even more exhilarating by the fact that we recently found out the BBC will broadcast parts of it. I joked on social media that everybody should go and make that hair appointment now. 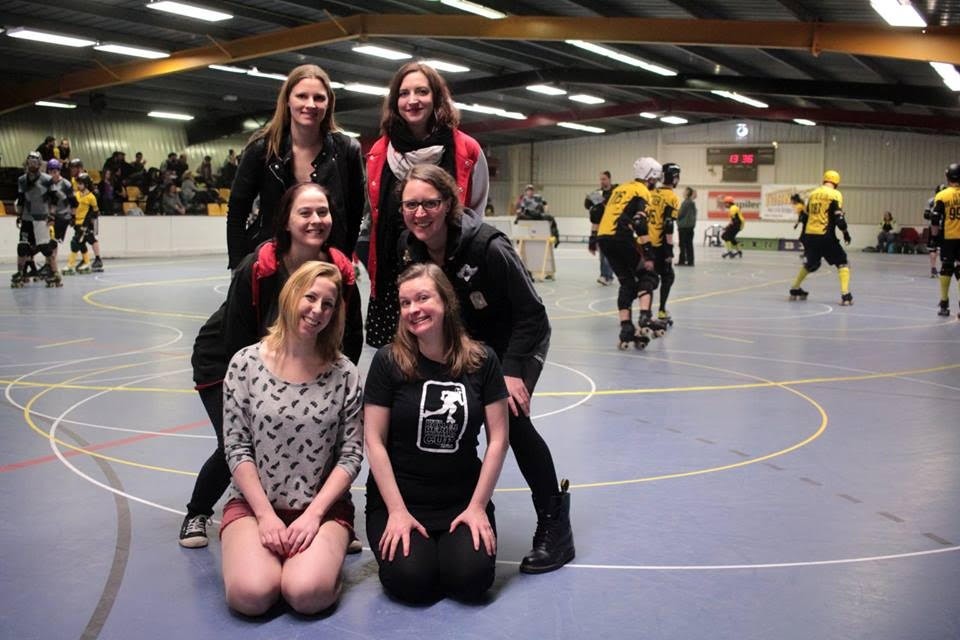 The announcer crew will have the daunting task of keeping the steady flow of information on the stream as well as in the venue as accurate and energetic as possible in a host of different languages without screwing it up. A lot of us in Europe have worked together before at many big events, which also goes for our colleagues in other parts of the world. However, this time we all have to come together as a team and make it work for four whole days. We’ll be announcing teams from countries as diverse as Iran, Costa Rica, New Zealand and Korea. We’re currently busy learning how to pronounce the names of all the players using videos we’ve made and compiling our own information about the teams. We don’t get our information spoon-fed to us on a teleprompter like professional sports announcers do: we do everything ourselves.

We don’t just talk, either. We compile live jammer statistics, we use Twitter as well as pass on tweets we get and produce the live stream to make sure announcers have all the information they need at their fingertips. We keep an eye on skater penalties, official reviews and anything else we can bring to you live to make your experience complete. The combined knowledge of our group helps everyone say the smartest things imaginable about your favourite teams, as the world will be tuning in! 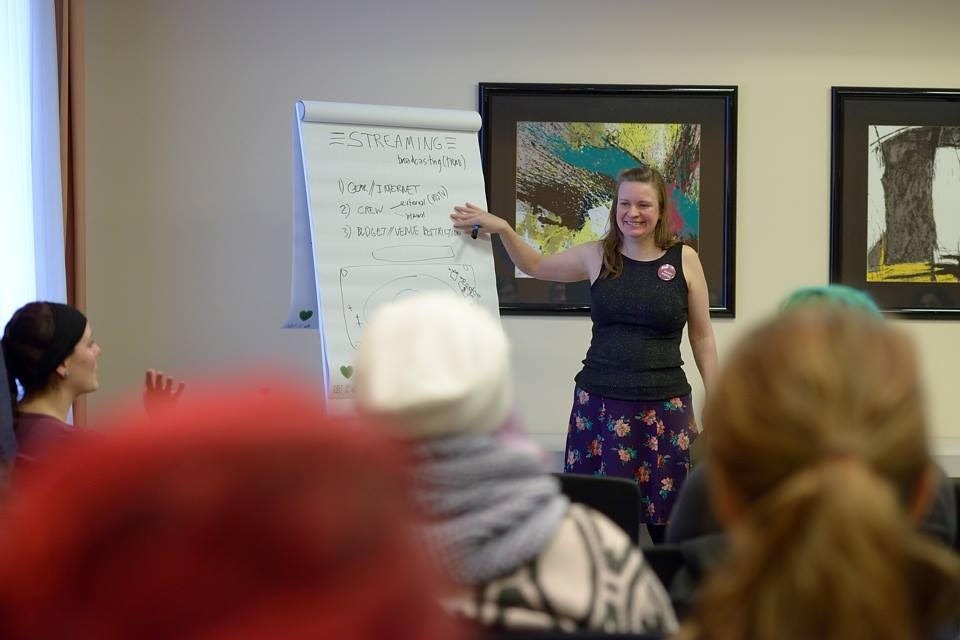 Behind the scenes we drink water, coffee and tea in large quantities, eat food and sweets we bring from our respective countries to share, nap, take pictures, watch games, score merchandise, make new friends and catch up with old ones. We make up new expressions and inside jokes we’ll be using years from now as a sort of verbal secret handshake.

This World Cup will let me add a missing piece to my announcer’s résumé: a ‘women’s’ World Cup. I’ve had the unique pleasure of announcing the very first Men’s Roller Derby World Cup in Birmingham in 2014, and will be at the Men’s Roller Derby World Cup in 2018 in Barcelona (sadly, I had to bow out of the 2016 edition in Calgary). The top event in roller derby had never been within reach until now. I was new to derby in 2011, I couldn’t afford to travel to Dallas in 2014, but Manchester is a quick plan ride away  third time’s the charm.

I’ve been living in The Netherlands for 18 years and have been involved in roller derby for seven years. I’m thrilled to be representing Team Netherlands in Manchester and I hope you’ll all tune in to watch them play!